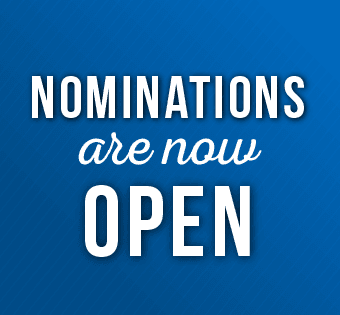 We are now accepting recommendations for prospective candidates for the following 2022-2023 statewide offices: President-Elect, Vice President, and TML Board Representative (2022-20224).

As you think about candidates for these statewide TCMA Board positions, we encourage you to consider the following factors: active involvement in TCMA, active involvement in the TCMA region, years of municipal government service, TCMA committee service, desire to serve, level of regional support, and prior TCMA Board service. The Nominating Committee will consider each person's candidacy in light of the current composition of the Board and will strive to achieve a balance among such factors as geography, size of city, ethnicity, race, and gender.

We encourage you to familiarize yourself with the nomination and election schedule. For complete election information and a nomination form, click 2022-2023 TCMA Election.

Charles Daniels was appointed as the city manager of the City of Forney.

Steve Floyd is the new city manager of the City of Dayton.

Bruce Green will retire as the city manager of the City of Lufkin, effective January 31.

Dan Johnson will retire as the city manager of the City of Richardson, effective February 28. Dan has served 45 years in local government. Don Magner will serve as the new city manager.

Richard Morton Jr. will serve as the interim city manager of the City of Rockport, effective January 10.

Andrew Munoz is serving as the interim city manager of the City of Weslaco.

Bobby Pennington is no longer the city manager of the City of Cleveland, effective January 15.

Stephanie Reyes will serve as the interim city manager of the City of San Marcos, effective February 1.

George Salzman retired as the city administrator of the City of La Coste.

Deacon Tittel is serving as the interim city manager of the City of Bellaire.

Isaac Turner is serving as the interim city manager of the City of Hutto.

Ashley Wayman is serving as the interim city administrator of the City of Rollingwood.

Jason Weeks is the new city manager of the City of Navasota.

Toni Wheeler is no longer the city administrator of the City of Aurora.

David Willard will serve as the interim city manager of the City of Marshall, effective January 14.

The TCMA Management Messenger welcomes the following new members approved by the Executive Committee on December 22, 2021.

The current TCMA Board policy requires that names of new member applicants be published each month in the Management Messenger. Any written objection during the subsequent 30-day period will be reviewed by the Membership Committee. If no objections are received during this time, the names will be submitted to the Executive Committee for approval. Written objections can be mailed to TCMA, Attention: Membership Committee, 1821 Rutherford Lane, Suite 400, Austin, TX 78754. Applications received in the month of December: 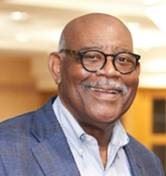 Terry is the brother of Rickey Childers, TCMA life member and past president, and uncle to James Childers, town manager, Town of Flower Mound.

A memorial service was held on December 11, at the Hillcrest Church of Christ, 650 E. Ambler Avenue in Abilene. Please keep his wife, Essie Charles, and family in your thoughts and prayers. For a complete obituary click Terry Childers. 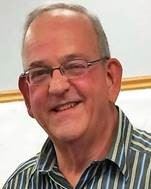 TCMA is saddened by the passing of Kenneth Thomas on December 9. Kenneth served as city manager of the City of Early for 27 years and was a TCMA life member. Services were held on December 13 at the Heartland Funeral Home in Early.

Please keep his wife, Mary, and family in your thoughts and prayers. A full obituary can be viewed at Kenneth Thomas.

TCMA is saddened by the passing of Connie Green on December 29. Connie served as the city manager of the City of Killeen from 2005-2011. Memorial services are not known at this time. Please keep the Green family in your thoughts and prayers.

Today I ask that you take a journey with me down to the farm - the dairy farm, to be exact.

As you may know, when you let milk sit, cream rises to the top. The cream is often considered to be the best tasting part of milk. This opinion is what led to the popular phrase “cream of the crop” meaning it is the best of its kind.

Recently, I was thinking about government hierarchy and the employees that govern and manage within it. Specifically, the notion of the cream rising to the top and how an argument could be made that with government employees this is not necessarily the case anymore. This is a result of the “cream” leaving for the private sector, which can allow mediocrity to rise instead.

Do we really see something like this happening on a local government spectrum? And if so, what are we doing to stop it?

I began wondering about how this concept is reflected within my own organization. I thought about my directors, assistant directors, and mid-level managers. Do we have the cream, and am I helping to recruit, retain, and maintain the cream? Or have we ended up with some level of mediocrity management?

It is difficult to take an individual from the bottom of the barrel to the cream of the crop. I believe that this is why reflection is so important. We must be intentional in evaluating ourselves periodically and ensure that we are not only exceptional relative to the organization and our employees, but that we are maintaining the standard amongst our peers and those that are our equals within other organizations.

It’s also important to note, especially for those of us new to our roles, that our focus should not be on becoming the best but on finding ways to work on ourselves continuously throughout our career. We cannot expect to become the “cream” or remain it by being complacent with what was the “cream” at some other point in our career. We must strive to do and make ourselves better and then encourage everyone around us to do the same.

Because are you really the “cream” if the rest of your crop is dying?

If we are being complacent and not encouraging those around us to grow, and simultaneously growing with them, then what are we even doing? All of us are supposed to be leaders and by that very definition we need to help guide our employees to a better result.

Therefore, I encourage each of us to explore this idea of what it means to be the “cream,” both within ourselves and the public sector. Once you identify your definition, it is important to revisit and adapt it as well. Because I believe we can all agree, our organizations and citizens deserve the best crops we can provide. It is our duty as public servants to maintain a standard of excellence we can feel confident in and support when needed or called upon. Before we can manage anyone or anything else, we must first manage ourselves.

The Salem witch trials began in February 1692.  More than two hundred people were accused of being witches; thirty of which were found guilty, twenty were executed, and five died in jail.  In many cases, spectral evidence (a person’s vision) was good enough to bring charges against the accused.  This piece of history has since been used throughout our education system to teach students about mass hysteria, false accusations, and due process.

As public officials we are familiar with how social media, and sometimes the mainstream media, perpetuate rumor as fact which then cause modern day witch hunts.  It seems that the only evidence needed to make a story true is a Facebook post.

The struggle I have with this guideline is the question of when we “become aware” of a possible violation.  Any person can post anything they want on social media.  If our sources are known to be unreliable, should the stories they tell be considered “becoming aware?”  The same thing goes for hearing a story from a third party that does not have direct knowledge of a situation.

This conversation lead me to an internet search.  There were several articles about the city manager and the city council.  The news clips showed that there was a major divide in the community and crazy allegations being made from all sides.  This seemed to be a typical political battle that arises in cities.  None of the articles that I read substantiated an ethics violation.

This matter was reported to TCMA by another member.  The city manager was found to have violated the Code of Ethics.  I looked back at this situation to determine if I did the right thing in not reporting this situation when I heard about it a year earlier.

Ultimately, I’m comfortable with my decision.  The only report to me about the issue was from a third party that did not have direct knowledge of the matter.  I did not find any other documentation that supported the violation during my original search.

Reporting an ethics violation is an uncomfortable topic.  As managers, we are there to help and support each other.  We should not foster an environment that pulls people down.  We each know what it is like to have an unfair story circulating around our town.  For these reasons, reports of an ethics violation need to be reported to the ethics committee with supporting documentation like media articles from credible sources, council meeting minutes, or firsthand knowledge.  The committee will handle the information in confidence.
We as TCMA members have established ethical standards to protect the integrity of our profession, not to use as a tool to bring down others.  Ethics violations should only be reported when there is supporting evidence from reliable sources.  After all, it is not a witch hunt.

The TCMA Allies Committee will meet on January 7 via video conference.

The Membership Committee will meet on January 14 via video conference.

The Board will meet on January 21 in Austin.

All information is current as of the 25th of the month prior to publication.
In-Transition Services
To see if you qualify for TCMA
In-transition Services, please
click here. For a list of current city management job openings in Texas click here.
Career Compass
Career Compass is a monthly column addressing career issues for local governmental professional staff. To view current and past articles, please click here.
TML Educational Calendar
Additional Resources
Visit icma.org for additional training opportunities, resources, and advancement of professional local government around the globe.
If  you have some interesting news that you would like to see included in the Management Messenger, please email messenger@tml.org.
Newsletter
Directory
Careers
Join TCMA
Student Membership
[]