Be sure to tune into another episode of Perspectives on City Management. TCMA Ethics Chair Paul Hofmann, Vice Chair Matt Mueller, and Life Member Nick Finan discuss the importance of ethics in city management.

You can listen directly from the Buzzsprout platform. All episodes are available on Apple Podcasts, Google Play, Spotify, and anywhere podcasts are found. You can also find the link in the “Spotlight” section or under the “Benefits and Resources” section of the TCMA website. New topics will be posted monthly and if scheduling allows every two weeks.

If you have questions or suggested topics, please contact Stacey Osborne at tcmadigital@gmail.com.

Scott Albert is serving as the city manager of the City of Hondo.

George Campbell is no longer the city manager of the City of Kennedale. Leslie Galloway is serving as the interim city manager.

Susan Conaway retired as the city administrator of the City of China Grove.

June Ellis is the new city administrator of the City of Haskell.

David Esquivel was appointed city manager of the City of Tomball.

Melissa Gonzalez is the new city manager of the City of Taft.

Ronnie Guest Jr. is no longer the city manager of the City of Carrizo Springs.

Teresa Herrera was appointed city manager of the City of Palestine.

James Hubbard is the new city manager of the City of Jacksonville, effective August 12.

Johnny Huizar is no longer serving as the city manager of the City of Pleasanton.
David Alviso (public works director) was designated as the acting city manager.

Charles “Tink” Jackson is no longer the city manager of the City of La Marque.
Chaise Cary is serving as the interim city manager.

Eric Jiminez retired as the city administrator of the City of Poteet.

Kelly Kuenstler is serving as the interim city administrator of the City of Blanco.

Erika McComis was appointed as the new city manager of the City of Breckenridge.

Brad Newton was appointed as the city administrator of the City of Presidio.

Tonya Roberts retired as the city administrator of the City of Rice.

Arvin Tucker is no longer the city administrator of the City of Falfurrias.

David Willard is serving as the interim city manager of the City of Dayton.

The TCMA Management Messenger welcomes the following new members approved by the Executive Committee on July 26, 2021.

The current TCMA Board policy requires that names of new member applicants be published each month in the Management Messenger. Any written objection during the subsequent 30-day period will be reviewed by the Membership Committee. If no objections are received during this time, the names will be submitted to the Executive Committee for approval. Written objections can be mailed to TCMA, Attention: Membership Committee, 1821 Rutherford Lane, Suite 400, Austin, TX 78754. Applications received in the month of July:

David has a bachelor of science in civil engineering from Texas Tech University.

David and his wife, Brandilyn, have twin teen girls and a son, just 14 months younger. He enjoys spending time with his family and doing various wood working projects.

Joseph received a bachelor of science in political science and a master of public administration from Lamar University-Beaumont. He recently completed a graduated certificate in urban and regional planning from the University of Texas-El Paso.

Joseph and his wife, Lori, have been married 14 years and have three dogs. Joseph enjoys spending time with his nieces and nephews and outdoor activities such as mountain bike riding and cowboy action shooting. 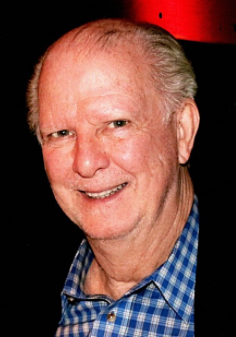 TCMA is saddened to announce the passing of Jim Blagg. Jim served as a TCMA president, senior advisor, and life member. He was dedicated to the city management profession for more than 35 years and was a city manager in the cities of Abilene and Littlefield.

Funeral services are scheduled on Monday, August 2, at 10:00 a.m., at the Church of the Incarnation, located at 3966 McKinney Avenue in Dallas.

Please keep his wife April and the family in your thoughts and prayers. For a complete obituary, please click Jim Blagg.

Academic Award in Memory of Stephen B. Sweeney

all i need to know about city management

In the 1980s, Robert Fulghum penned the book All I Really Need to Know I Learned in Kindergarten.  It was a collection of essays with simple themes such as share everything, play fair, don’t hit people, put things back where you found them, and clean up your own mess.  With apologies to my fellow Baylor Bear Mr. Fulghum, I would like to borrow (read: steal) his premise.  I submit to you, good TCMA members, “All I Really Need to Know About City Management I Learned From 80s Music.”

“Livin’ On A Prayer” - Bon Jovi (1987).  Heckuva couple, Tommy and Gina.  The docks, the union, the diner, the six string in hock.  It’s tough, so tough, but you live for the fight when it’s all that you got.  There are hardworking people like Tommy and Gina struggling in all of our towns; people we work for.  Maybe Gina has a decent track record of paying her water bill on time, but this month is a struggle and she’s appealed a potential cut off to you.  Maybe Tommy’s been working 70 hours a week out of town, hasn’t had a chance to repair his broken fence yet, and now he wants to meet with you about the letter he’s received from code enforcement.  Rules are rules, I get that, but try to have a heart for Tommy and Gina.  We don’t know what they’re going through.  A city manager possesses great authority, but it must be bridled by discretion and common sense.

“People Are People” - Depeche Mode (1984).  This is such a great anti-racism, anti-conflict song with the lyrics “Why should it be, you and I should get along so awfully? Help me understand.”  This song pops in my head often because it’s universally applicable.  Why did that angry resident take all of their frustration with the federal government out on ME?  What in THE WORLD was our I.T. employee thinking when he did THAT?  Why did the mayor shoot down my seemingly great idea publicly in a council meeting and not simply in private to just me?  I’ve faced such questions at various times and drawn the same answer – people are people.

“Everybody Wants To Rule the World” - Tears for Fears (1985).  Many times in my career I’ve had friends, bosses, and even co-workers who would call me “Easy Money.”  While certainly I’ve been called much worse, I hate that moniker.  But it’s the impression some have of the city manager.  We sit behind large desks in climate controlled offices and utter “Let them eat cake,” while collecting our fat, undeserved salaries.  No one really knows what we do, and anybody could do it, right?  Sometimes it seems everybody wants to rule the world.  Nice to share this rant with a group that can relate.

“Don’t Worry, Be Happy” - Bobby McFerrin (1988).  The decade’s second cheesiest song to be sure (take that, Mr. Roboto!), but it’s good to remind ourselves of things which promote happiness over worry.  At age 51, TMRS makes me happy.  Really happy!  Going home to a wonderful spouse who understands and sympathizes with the challenges of this crazy career makes me happy (and, she’s never once called me Easy Money!).  TML makes me happy, especially during the 140 days which follow the second Tuesday of January in odd-numbered years.  And, of course, TCMA should make all of us happy.  Happy for the relationships we have with one another, the ethical standards to which we subscribe, the opportunities for professional education and growth.  I’m blessed beyond measure to be a part of the TCMA family with each of you.

If you’ve read the article this far, thanks for reliving the 80s playlist with me as we ponder life’s little lessons.  Everybody Wang Chung tonight!

Tenet 8. Make it a duty continually to improve the member's professional ability and to develop the competence of associates in the use of management techniques.

Having served in city government for 15 years and serving as an assistant city manager for seven, I’ve had the privilege to observe leadership styles of those serving in the position of city manager. One of the important lessons I’ve learned is the need to have a conscious knowledge of one's own character, feelings, motives, and desires, have an understanding that we can’t possibly know everything, and that continuing education is vital.

Self-Assessment is a guideline for Tenet 8. According to Dr. Daniel Goleman, self-awareness has four key elements: accurate self-assessment, emotional awareness, self-confidence and intent. Self- Assessment is seen as the key element. This guideline emphasizes the importance for a manager to know their strengths and weaknesses and realize the consequences of their actions and not simply rely on their own experiences in their profession. Self-awareness has been cited as the most important capability for leaders to develop, according to the authors of, “How to Become a Better Leader.” Successful leaders know where their natural tendencies lie and use this knowledge to enhance those tendencies or compensate for them. Henry Ford said, “Anyone who stops learning is old, whether at twenty or eighty. Anyone who keeps learning stays young.”

A second guideline for Tenet 8 is professional development. It states, “Each member should commit at least 40 hours per year to professional development activities and ethics that are based on the practices identified by the members of ICMA….”  While seasoned managers may find some training and topics repetitive, those most successful are open to revisiting the old topics with fresh ideas and learning new concepts.

I group myself with the young professionals just starting to make my way into the city management profession. As mentioned previously, I view my experience as a privilege. I’ve learned by watching experienced city managers who demonstrate and strive for continued self-growth and become a model for their staff. They encourage others to learn and grow and build teams unmatched by others. As myself and others young in the city management profession learn to transition into the leadership position that will become available upon retirement of the experienced, we are taking our lead from those with much experience, we are watching and learning from you, “because when you’re watching from the sidelines, invisible, it is easy to see clearly” (Cassandra Clare).

The City Managers of Tomorrow Committee will meet on August 18 via video conference.

The Advocacy Committee will meet on August 20 in Austin.

The Ethics Committee will meet on August 27 in Austin.

The Membership Committee will meet on September 10 in Austin.

The Board will meet on September 17 in Austin.

All information is current as of the 25th of the month prior to publication.
In-Transition Services
To see if you qualify for TCMA
In-transition Services, please
click here. For a list of current city management job openings in Texas click here.
Career Compass
Career Compass is a monthly column addressing career issues for local governmental professional staff. To view current and past articles, please click here.
TML Educational Calendar
Additional Resources
Visit icma.org for additional training opportunities, resources, and advancement of professional local government around the globe.
If  you have some interesting news that you would like to see included in the Management Messenger, please email messenger@tml.org.
Newsletter
Directory
Careers
Join TCMA
Student Membership
[]